Mental strategies to add to 10. 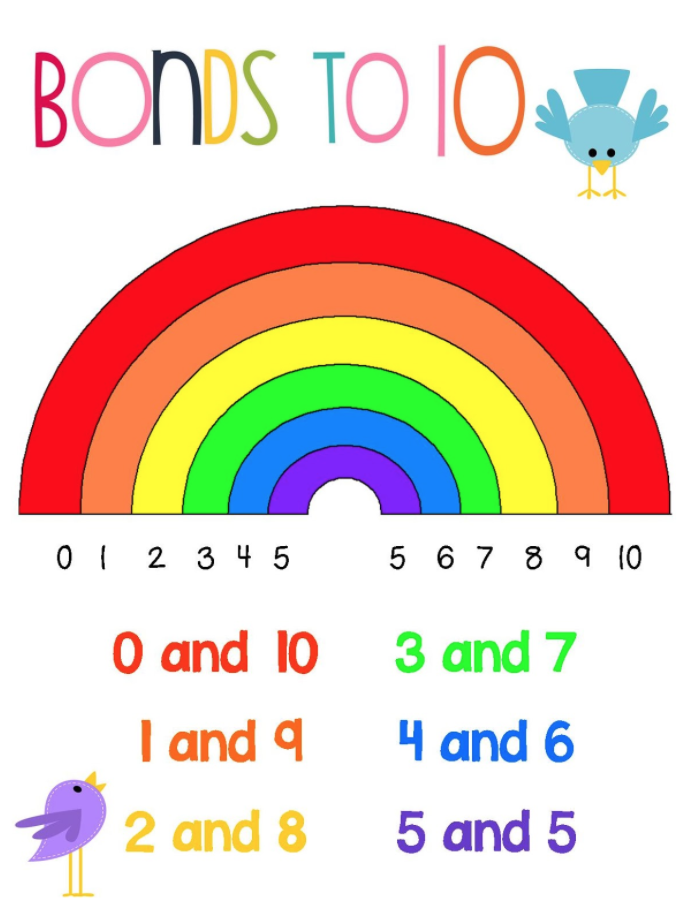 With a dice, practise your rainbow facts with a partner. 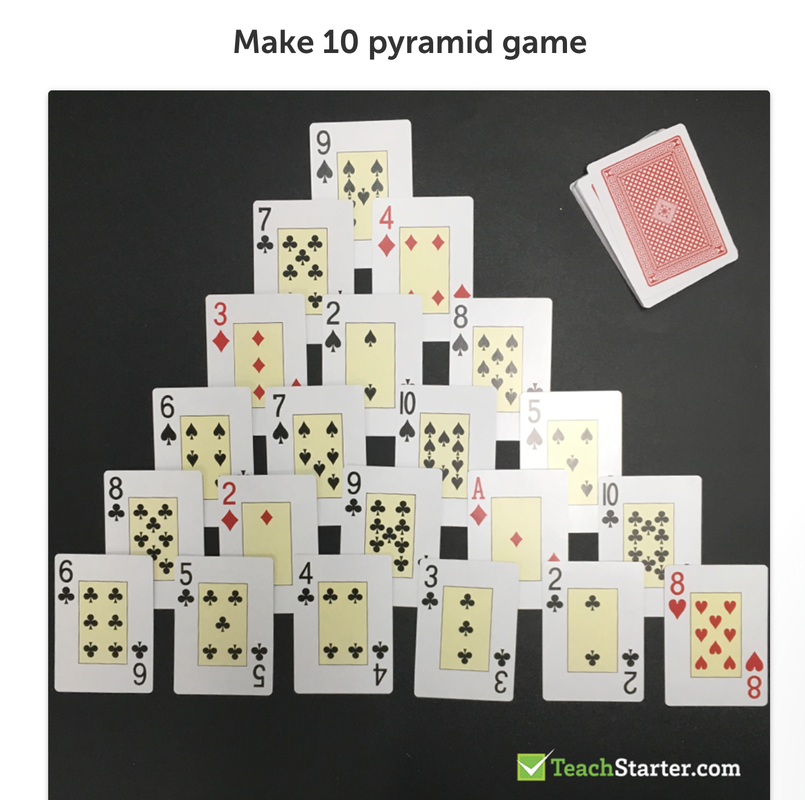 Make 10 Pyramid Game
​This activity can be an individual activity, such as solitaire. Alternatively, it can be played by more than one player by keeping score after each round. A great fast fact game that kids enjoy playing!
Aim – To remove as many cards as possible from the pyramid that add up to 10.
How to play

Using a whiteboard and and iPad.

Create a tutorial to teach somebody else about rainbow facts.